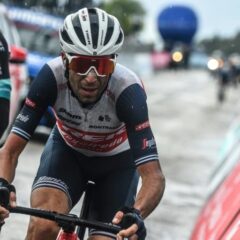 Former winner Nibali to have scan after Giro fall

Gorizia (Italy) (AFP) – Two-time Giro d’Italia winner Vincenzo Nibali will undergo a scan after taking a knock to his ribs in a fall in Sunday’s 15th stage, his Trek-Segafredo team announced. The 36-year-old, who won the race in 2013 and three days later, crashed after braking suddenly to avoid a bike. The Italian got […] 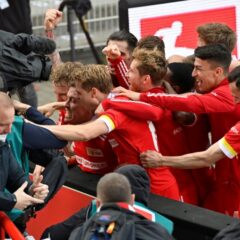 Kruse fires Union into Europa Conference play-offs… after rubbishing it

Berlin (AFP) – Union Berlin striker Max Kruse stands by his criticism of the Europa Conference League, even after his winning goal on Saturday qualified his Bundesliga side for the play-offs of next season’s new club competition. Kruse headed a last-gasp goal to seal a 2-1 win at home to Bundesliga runners-up RB Leipzig on […] 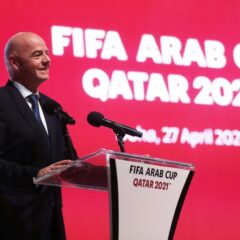 Lausanne (AFP) – FIFA president Gianni Infantino on Friday called for an overhaul of the international football calendar beyond 2024, insisting on a requirement to start with a “blank sheet of paper”. “Let me be very clear: the starting point is not ‘the calendar is full and so nothing changes’,” he told the 71st FIFA […] 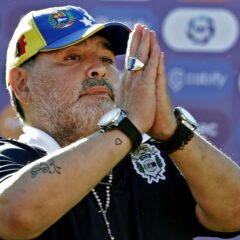 Buenos Aires (AFP) – Seven people have been placed under formal investigation for manslaughter in Argentina over the death last year of footballing legend Diego Maradona, AFP has learned from a judicial source. The accused — who include Maradona’s neurosurgeon Leopoldo Luque, psychiatrist Agustina Cosachov and psychologist Carlos Diaz — potentially face between eight and […] 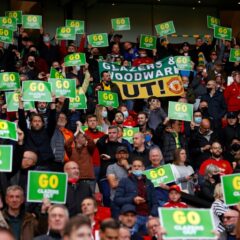 London (AFP) – Manchester United co-chairman Joel Glazer said he is hoping for a “new era of positive dialogue” with supporters after agreeing to attend his first fans’ forum. The Glazer family have been deeply unpopular since their leveraged takeover of the Red Devils in 2005. Anger towards the Americans was reignited last month by […] 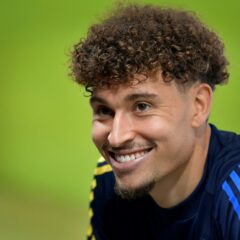 Sweden turn to Jordan Larsson without injured Ibrahimovic for Euro 2020 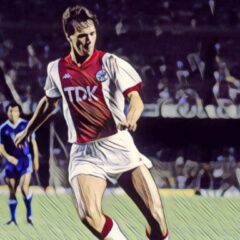 Marco van Basten was one of the world’s finest footballers at his glorious peak, the elegant goalscoring spearhead of Ajax, AC Milan and the Dutch national side. Van Basten was as complete a centre-forward as football can remember, capable of spectacular goals off either foot and a forward who put the glorious finishing touches to […] 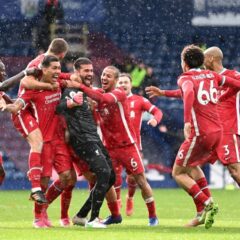 West Bromwich (United Kingdom) (AFP) – Liverpool goalkeeper Alisson Becker scored a 95th minute winner as the Reds beat West Brom 2-1 on Sunday to keep a place in next season’s Champions League in their own hands. Jurgen Klopp’s men would have needed favours from Leicester and Chelsea in their final two games of the […] 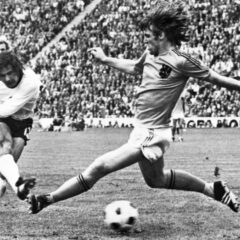 Berlin (AFP) – Gerd Mueller remains one of football’s greatest strikers of all time, even after Robert Lewandowski equalled his 49-year-old Bundesliga record of 40 goals in one season, a landmark which many thought would never be matched. Lewandowski wouldn’t have it any other way. “What Gerd Mueller did is incredible. Sharing the record with […] 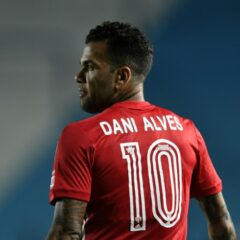 Rio de Janeiro (AFP) – Brazil coach Tite recalled 38-year-old veteran Dani Alves on Friday for their World Cup qualifiers against Ecuador and Paraguay on June 4 and 8. It will be the first international appearance since October 2019 for the Sao Paulo wide player, who was named player of the tournament when Brazil won […]